A method for studying the dewatering of wood using supercritical CO2 (scCO2) has been previously described [1]. A MR compatible high-pressure cell (PEEK, 20 MPa) and associated 1H/13C RF coil were designed and built to operate in a Bruker Biospec 7T system [2]. FLASH imaging [3] was used to acquire 1H images while chemical shift imaging of a single slab (6.3 mm) was performed using a 7x7 matrix reconstructed to 32x32 for a 20x20 mm FOV. 1800 averages were acquired with a spectral width of 29 kHz.

1H images during the first and fourth pressure cycles is shown in Figure 1 [4]. These show the distribution and redistribution of water during scCO2 drying both above and below the supercritical pressure (Pcrit 7.4 MPa, Tcrit 30.1 °C). 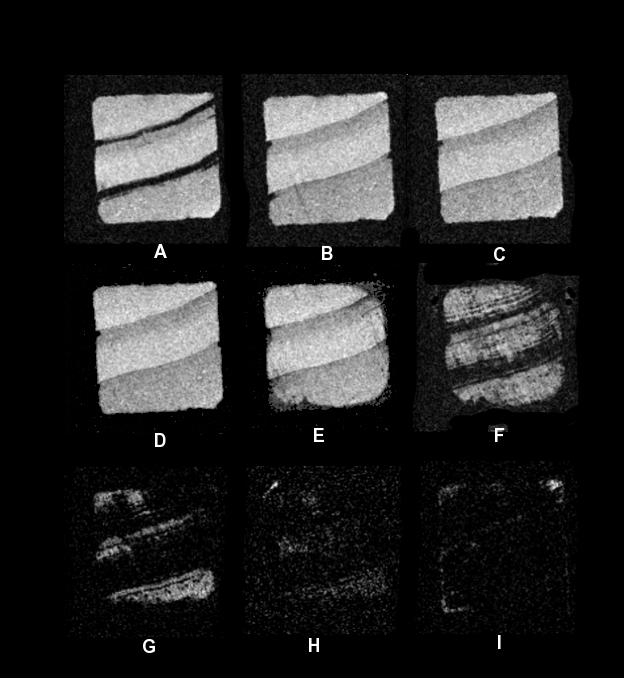 The 13C chemical shift image (Figure 2) shows the ingress of supercritical CO2 during the first and fourth pressure cycle. During the first cycle when the wood is green (fully water saturated) ingress of scCO2 was confined to the periphery of the specimen. After cycle 4 when the specimen had dewatered to close to the fibre-saturation point and there was little lumen water remaining, the scCO2 was able to fully penetrate. 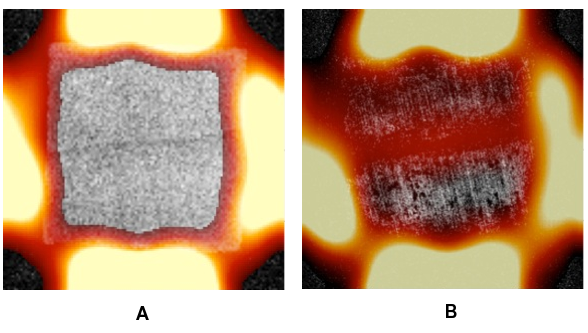 Fig. 2 13C chemical shift images during supercritical CO2 dewatering of a green radiata pine sapwood specimen at 20 MPa after (A) one cycle and (B) four cycles.